Squeezing a Trayvon ‘correction’ out of the New York Times

The Zimmerman case should never have come to trial. With the mob pressing hard, state authorities arrested Zimmerman only after 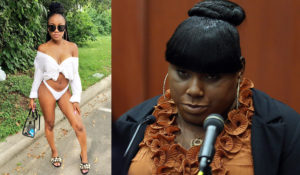 The real girlfriend on the left. The false witness on the right.

Zimmerman did not face not an “all-white” jury as the Times video claimed. One of the six jurors was an Afro-Puerto Rican. They acquitted Zimmerman because they heard and saw the evidence.

Although the Times chose not to share this info, Zimmerman was an Hispanic civil rights activist, the active mentor of two Black teens, and an Obama supporter. I have never seen a more consequential story so grossly misreported. The Times admitted finally to an “error” but carried on as before with a hundred other deceptions.