Overcoming my hard-earned animus towards the network, I muted the commercials and watched chunks of the ACC-Big 10 challenge on ESPN and its sister networks this past week. I trust basketball fans will understand why this long-suffering Purdue alum permitted himself this particular indulgence.

Historically, the one cause I never begrudged ESPN was its work with the Jimmy V Foundation for Cancer Research. The foundation, started in 1993 by ESPN and the late basketball coach Jimmy Valvano, has since awarded nearly $300 million in research grants. Those who have not seen the dying Valvano’s speech at the 1993 Espy Awards need to. Not since Lou Gehrig has a sports figure made such a stirring farewell.

If I thought, however, that not even ESPN could taint a cause as noble as the Jimmy V Foundation, I underestimated ESPN. During the games the announcers proudly discussed how money donated to the Jimmy V Foundation would be funneled to research designed “to close the gap in cancer disparities experienced by minority patients.“

“The Kansas City, Missouri, City Council,” reads a much too proud press release, “has accepted a $129,511 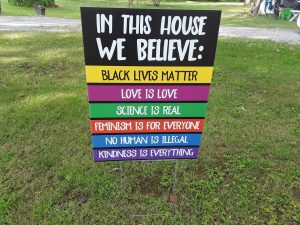 grant awarded by Health Forward Foundation to support the establishment of an Office of Racial Equity and Reconciliation and to establish an Equity Task Force to help the city achieve racial equity.”

As defined and widely understood, “Equity recognizes that each person has different circumstances and allocates the exact resources and opportunities needed to reach an equal outcome.” By contrast, “Equality means each individual or group of people is given the same resources or opportunities.”

“Equity,” of course, is part of the DEI package – diversity, equity and inclusion. What those three words means in concert is anyone’s guess. It may not be coincidence, however, that “DEI” is Latin for “gods.” 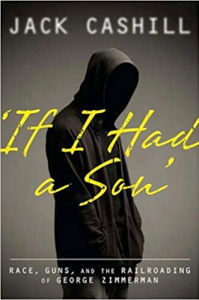 The trial of Kyle Rittenhouse has called renewed attention to a parallel case, that of the Florida shooting in 2012 of 17-year-old Trayvon Martin by neighborhood watch captain George Zimmerman.

In my own 2013 book, “If I Had A Son,” I argued that the jury did the right thing in acquitting Zimmerman of all charges in July 2013, an acquittal that led to the creation of Black Lives Matter.

From George Zimmerman to Kyle Rittenhouse: A Decade of Woke Misrule 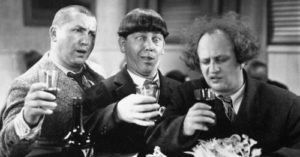 Ten years ago this coming February, George Zimmermann shot and killed 17-year-old Trayvon Martin on a rainy night in Sanford, Florida. Without intending, Zimmerman triggered a dark new phase in the history of progressive America.

Beginning with the Sacco and Vanzetti case in the 1920s, the left lied to conceal the guilt of the guilty. Yes, Virginia, those two bad boys were guilty. Upton Sinclair, who “proved” their innocence in his epic novel Boston, knew they were guilty. “My wife is absolutely certain that if I tell what I believe,” Sinclair confided to a friend, “I will be called a traitor to the movement and may not live to finish the book.”

Unlike Sinclair, most of the “useful idiots” on the left did not need to be threatened to stay in line. For the next century, their self-righteousness led them to weep for a pantheon of martyrs from the Rosenbergs to Leonard Peltier to Mumia Abu-Jamal to Kenosha’s own Jacob Blake, all of them purported victims of American injustice.