Whatever happened to ‘Mayberry R.F.D.’? 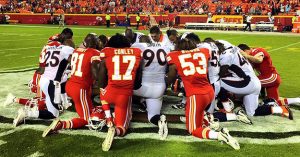 San Francisco 49ers rookie quarterback Brock Purdy has a lot to be thankful for. Injuries to two players above Purdy on the depth chart propelled him to the starting quarterback’s job midway through the season.

Selected in the seventh round with the very last pick, “Mr. Irrelevant” has led the 49ers to eight straight victories and a place in the NFC championship game this Sunday at Philadelphia. During this stretch, Purdy has thrown an impressive 16 touchdown passes against only three interceptions.

“Every time I play – no matter what happens – I want others to see God through my actions,” Purdy has said. “Every time I step on the field I want to bring Him glory. Even when we lose, I point to God and thank Him for the opportunity. Everything happens for a reason; it’s all a lesson from the Lord. It’s a game, it’s not my life.”

Biden Lawyer Has History of Finding and Releasing Elusive Documents

In his own discreet way, President Joe Biden’s “personal” attorney Bob Bauer is back in the news again. On Saturday, Bauer released a statement about a new discovery of documents chez Biden. According to Bauer, the Justice Department “took possession of materials it deemed within the scope of its inquiry, including six items consisting of documents with classification markings and surrounding materials, some of which were from the President’s service in the Senate and some of which were from his tenure as Vice President.”

This same CBS News report notes that this new find comes after 10 or so classified documents “were discovered by Mr. Biden’s personal lawyers at the Penn Biden Center on Nov. 2.” Others were found at his home on December 20. Bauer goes unmentioned in those earlier finds, but he almost surely had to be one of those “personal lawyers.” Six days before the midterms, these attorneys made the strategic decision not to go public with their find. In Bauer’s case, I suspect the decision to go public after the election was strategic as well—but not necessarily on Biden’s behalf.

Bauer, of course, has a history of blocking the release of certain documents and then strategically releasing them. In the way of background, on August 21, 2008, a week prior to the Democratic National Convention, Democrat attorney Philip Berg filed a federal suit in the Eastern District of Pennsylvania challenging Barack Obama’s constitutional eligibility to be president.

What Was CrowdStrike Doing With Seth Rich’s Laptop? 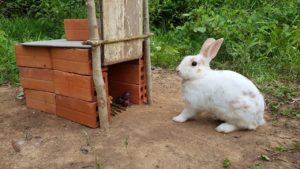 CrowdStrike records. I’ve only given it a cursory review, but we have at least one bombshell.”

Clevenger, a self-described, “Ex-cop, ex-journalist, disgruntled lawyer, muckraking blogger (http://LawFlog.com), and cheerful optimist,” was not exaggerating. The revelation that the Democrat-friendly cyber security firm CrowdStrike was the second party in possession of the laptop owned by the murdered DNC data analyst Seth Rich is a bombshell indeed.

By way of background, in April 2016, the DNC learned that its computers had been hacked. Reportedly, a DNC staffer alerted a DNC attorney at the law firm Perkins Coie, and he, in turn, recommended CrowdStrike to investigate. The Washington Post did not report the story of the hack until June 14. The article was headlined, “Russian government hackers penetrated DNC, stole opposition research on Trump.”

The Post article may have been prompted by Julian Assange’s appearance on a British TV show two days earlier. On that occasion, Assange told the interviewer, “We have upcoming leaks in relation to Hillary Clinton,” adding ominously, “We have emails.”

At Davos, the Rev. John Kerry Signals His Place Among the Elect 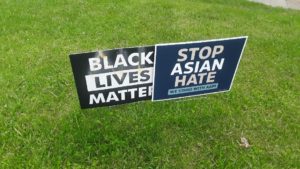 In my 2015 book, Scarlet Letters, I spoke of the emergence of a Neo-Puritan movement in America. But not until Biden “climate envoy” John Kerry began pontificating at Davos did any prominent member of the Neo-Puritan elect speak specifically to the cult’s existence. “When you start to think about it, it’s pretty extraordinary that we — select group of human beings because of whatever touched us at some point in our lives — are able to sit in a room and come together and actually talk about saving the planet,” said Kerry.

Neo-Puritans cope with their anxiety by aggressively asserting their rightful place among the elect. Author Shelby Steele coined the phrase “zone of decency” to describe the sacred preserve in which progressives imagine themselves clustering. This Neo-Puritan anxiety inspires the woke to signal their virtue not just on their car bumpers but in their very front yards. The signs are everywhere: “Black Lives Matter,” “Stop Asian Hate,” and the wonderfully inclusive, all-purpose dogma display that begins with, “In this house, we believe,” and concludes with the laughable, “Kindness is everything.”

Time to apply the Obama standard to George Santos

As an aspiring senator in 2004, the greatest bamboozler of them all punched his ticket into the club, telling America in his 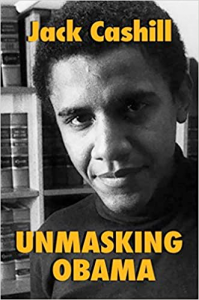 breakthrough speech at the 2004 Democratic National Convention, “My parents shared not only an improbable love. They shared an abiding faith in the possibilities of this nation.” Not a word of this was true.

At the 2008 Democratic convention, Sen. Barack Obama once again mined the apocryphal family saga. “Four years ago,” he told his audience, “I stood before you and told you my story – of the brief union between a young man from Kenya and a young woman from Kansas who weren’t well-off or well-known, but shared a belief that in America, their son could achieve whatever he put his mind to.”

Obama knew he was living a lie, but he had no choice other than to persist. He had built a highly successful campaign around what biographer David Remnick called his “signature appeal: the use of the details of his own life as a reflection of a kind of multicultural ideal.” The details, however, were manufactured.

What Would MLK Think of the Imprisonment of Thomas Lane?

The reader cannot be faulted for asking, “Who is Thomas Lane?” For the record, Lane, who is white, is the most anonymous of the four lambs sacrificed to appease the bloodlust of the mobs incited by a video snippet of George Floyd’s last minutes on earth.

On a day like today, it would seem a fitting time to heed the words of another man who was unfairly imprisoned. In his justly famed letter from the Birmingham jail, it was Martin Luther King, Jr. who reminded us, “Injustice anywhere is a threat to justice everywhere.” In recent memory, I would argue, no man has suffered more flagrant injustice than Thomas Lane.

The former Minneapolis police officer was already serving a 2-1/2-year sentence on federal charges for allegedly violating  George Floyd’s civil rights, when he was sentenced in September to three years on state charges for aiding and abetting second-degree manslaughter. In their great mercy, Judge Peter Cahill and the prosecutors will allow him to serve that penalty at the same time as his federal sentence.

In watching Sean Hibbeler and Maryam Henein’s powerful new documentary about the death of George Floyd, The Real Timeline, I found myself drawn to Lane’s case even above that of his three colleagues, none of whom belongs in prison.

Cashill and Edge Pull Back the Curtain on the NGO Racket