Where have you gone, Efram Zimbalist, Jr? Episode 2.

At a University of Chicago forum last week, student Daniel Schmidt asked Cheney a variety of that same question. From his perspective, the person who showed himself above the law on Jan. 6, 2021, was not Donald Trump. That person was the one Jan. 6 protestor the left has been ordered to love. “Do you demand the prosecution of Ray Epps?” Schmidt asked. “He’s an actual insurrectionist on tape. Do you demand his prosecution?” Caught off guard, Cheney chose to misinterpret Schmidt’s question. “Let me answer that question because I believe there is some confusion,” she said . “Confusion about the role of Congress,” she continued, stalling for time. “And confusion about who makes decisions about prosecutions.” Schmidt wasn’t confused. He was alluding to Cheney’s comments in August in which she all but demanded that if the evidence were there, the DOJ should prosecute Donald Trump. Otherwise, we would not be “a nation of laws.”

Can Dave Chappelle Save Free Speech?

With their control of all major educational and media institutions, progressives have had the ability to control the political language we use for a good half century now. Historically, 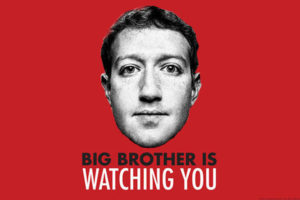 they have used that control, in Orwell’s words, “to give an appearance of solidity to pure wind.” In recent years, however, they have used language as a cudgel.

Orwell also told us how we fight back. “We have now sunk to a depth,” he wrote, “at which the restatement of the obvious is the first duty of intelligent men.” Comedian Dave Chappelle has been made a pariah in many circles by doing just that, stating the obvious. “Did you know that Planned Parenthood was for abortions?” Chappelle said in a 2017 comedy special. “It’s for people that don’t plan things out at all.” He might have pointed out there is no parenthood involved either.

Yup, Trump to Blame for Salman Rushdie Attack, Too 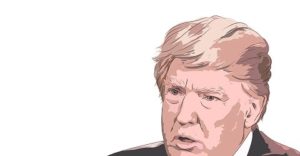 The one thing we all knew for sure upon hearing of the hammer attack on Paul Pelosi was that Donald Trump would be held to blame.  The Democrat-Media Complex (DMC) did not disappoint. Where the Complex really showed its stuff, however, was in holding Donald Trump indirectly to blame for the savage August attack on world-famous author Salman Rushdie.  More on this sleight-of-hand in a minute.

As to the Pelosi attack, it was business as usual at the DMC.  I will cite one example out of thousands because it typifies the way the Complex works.  Eight days after the attack, the top item on Google under the listing Donald Trump” and “Paul Pelosi” is this gem from NBC News: “The GOP has Paul Pelosi’s blood on its hands. NBC was actually laundering a “THINK” piece by freelance media entrepreneur and campaign adviser Arick Wierson.  In that Wierson advised conservative Jair Bolsonaro’s 2018 campaign in Brazil, it is anyone’s guess who put him up to this hit job.  The article first appeared on November 3.  By that date, anyone paying attention knew that Pelosi’s attacker was a Berkeley loon and illegal alien best known for his nudist activism and his life in a commune smothered with BLM signs, not prime MAGA recruiting territory.

Have we earned the right to be American?

Near the end of what is arguably the best war movie ever made, “Saving Private Ryan,” the dying Capt. John Miller whispers in the ear of the private he risked his life to rescue, 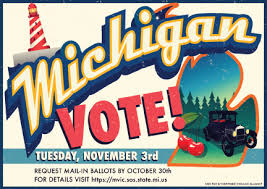 At the very end of the film, we fast forward 50 years and see an older James Ryan approach the Normandy grave of Miller. Overwrought by the emotion of the moment, Ryan stands before the headstone and states, “I hope that at least in your eyes I have earned what all of you have done for me.”

He continues, “Tell me I have a led a good life. Tell me I’m a good man.” His wife touches his arm and assures him, “You are.” This scene needs to be watched and rewatched to be appreciated.

No, the feckless Obama is not pulling Biden’s strings

On Tuesday of this week, fresh after joining Eli and Peyton Manning in their broadcast of the Bears-Patriots game, former President Barack Obama sent out an urgent tweet to his youthful would-be followers.

“Young people have the power to change the direction of our country by voting in this election,” Obama tweeted. “Climate change, reproductive rights, gun safety – all the issues you care about are on the ballot.”

With nuclear war pending in the Ukraine, with fentanyl flowing across the border like taco sauce, with inflation chewing up what little money young Obama followers bother to make and with the body count mounting in America’s crime-ridden cities more predictably than in the Ukraine’s, Obama sounds about as serious as a character on “Seinfeld,” a show famously about nothing.

New Podcast debuts on YouTube/NexGenUsa–Upstream with Cashill and Edge

Will appeals judges find the courage to overturn Chauvin conviction? 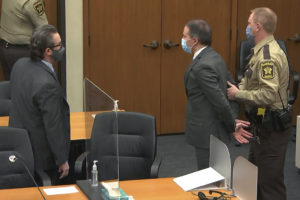 murder trial of former Minneapolis Police Officer Derek Chauvin. Do I save Derek Chauvin? Or do I save my own ass?

The judges will inevitably have to consider the effects on the community’s well-being and on their own personal safety if they choose to overturn Chauvin’s conviction. The jurors could keep their fears to themselves. The judges will have to confront them head on. In his concise and passionate reply brief filed on Oct. 7, Chauvin attorney William F. Mohrman allows the judges little wiggle room. Says he bluntly and convincingly, “Chauvin did not receive due process.” There were many reasons why this was so. The one that jumps out at me was “the exclusion of the photo from the MPD training manual showing an officer doing exactly what Chauvin did.” 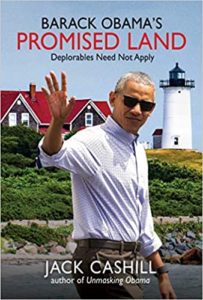 No, Obama and FBI did not do everything “by the book.”

In the larger drama we’ll call “Russiagate” Igor Danchenko gets nowhere near top billing. Even today, after his week-long trial, not one American out of ten could identify this FBI informant by name. Fewer still could tell you word one about the drama’s other walk-ons, Sergei Millian and Charles Dolan. Although the Democrats and major media are anxious to see all three of these minor players vanish into the ether, Special Counsel John Durham made future stars out of them all.

Danchenko was accused of lying to the FBI about his relationships with both Millian and Dolan. These are lies, said Durham’s co-counsel Michael Keilty in his opening statement that “the FBI should have uncovered but never did.” So saying, team Durham put Washington on notice. This trial was not really about Danchenko at all. It was about the FBI, the Department of Justice, and, finally, the Mueller investigation.