Barack Obama’s long delayed new memoir, “A Promised Land,” debuted on Tuesday. Although I have not read all of it, I

have read enough to know what Obama has chosen not to tell about his early years and his ascendancy to the Senate.

What Obama misses most is terrorist friend Bill Ayers. Without Ayers’ editorial input, the book reads as though Ward Cleaver had written it about winning a seat on the Mayfield City Council. The style is that flaccid. Ayers, however, lent Obama’s first memoir, the 1995 “Dreams from My Father,” more than a sense of style. He lent the book its sense of rage. 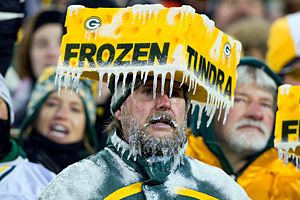 What makes no obvious sense is that Republican Congressman Mike Gallagher received nearly 15% more votes in Brown County than Trump did, or 11,175 total. This pattern persisted throughout the district. In Outagamie County, the district’s second-most populous county, Gallagher outperformed Trump by 11%. In Marinette County, Gallagher received 8% more votes despite Trump’s triumphant visit in June to the county’s historic shipyard, Fincantieri Marinette Marine.

District-wide Gallagher outpaced Trump by about 11%. That translates to 26,228 votes. If Trump and Gallagher had merely run even, Trump would have carried the state of Wisconsin by more than 5,000 votes.

The one supporter said of the signatures on Palmer’s petition: “They’re terrible. Worst I’ve ever seen. All those Negroes who 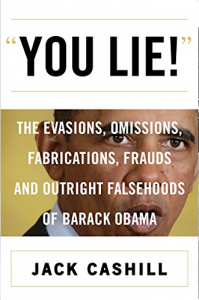 were trying to bully you out of the race, they didn’t bother actually doing the work. This could get her knocked off the ballot.”  Writes Obama: “It was true; the petitions Alice had submitted appeared to be filled with invalid signatures: people whose addresses were outside the district, multiple signatures with different names but the same handwriting.”

After months of hearing there is no evidence of voter fraud anywhere, young readers have to be shocked to learn just how casually Democratic politicians resorted to fraud (and still do) in cities like Chicago. When Obama wavered about challenging Palmer’s signatures, a fellow supporter upbraided him. “If you let this go, you might as well go back to being a professor and whatnot, ’cause politics is not for you,” she told him. “You will get chewed up and won’t be doing anybody a damn bit of good.”

Interviewer Scott Pelley of 60 Minutes supplied the ignorance. He appears to have no more

knowledge of what transpired during the past four years than does, say, a Whoopi Goldberg or a Kathy Griffin. Barack Obama supplied the scare. His solution to make the right half of America as ignorant as the left would do Trotsky proud.

Pelley’s ignorance flared throughout the embarrassingly sycophantic interview, but it reached something of a crescendo with his and Obama’s elaborate discussion on the etiquette of presidential transitions. While images played of the Obamas welcoming the Trumps to the White House, Obama blathered on about the “set of traditions” that presidents have always followed of instructing various agencies “to cooperate” with the incoming administration. The outgoing president, Obama pontificated, “owes the new president a chance to do their best.”

Pelley nodded approvingly, perhaps even unaware of what was going on behind the scenes while the always gracious Obama was greeting the brutish Donald Trump.

Mr. Obama, The ‘Strangulation’ Victim Is Not George Floyd 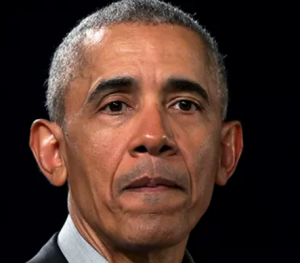 On Sunday, 60 Minutes’ resident sycophant, Scott Pelley, walked former president Barack Obama through a racial landscape unrecognizable to those who know the lay of the land, especially readers of The American Spectator.

Pelley kicked off the misdirection with the question, “Did you watch the video of George Floyd’s strangulation?” Yes, strangulation. Knowing Obama’s weakness for racial scare-mongering, I was not at all surprised by his refusal to correct Pelley. He probably did not know enough to do so in any case.

“Of course,” said Obama. “It was heartbreaking.” He then blathered on about an African-American “reality” that exists only in America’s newsrooms. As to the aftermath of the Floyd death, Obama claimed to have been “heartened and inspired” by the “marches.” He offered not a single word about the stores looted, the buildings burned, the people killed. Nor did Pelley venture a single question.

Obama Defames ‘Millions of Americans’ as Racists in New Memoir

“For millions of Americans spooked by a Black man in the White House,” writes Barack Obama in his new memoir, A

Promised Land, “Donald Trump promised an elixir for their racial anxiety.” For the record, Donald Trump never claimed you were born in Kenya.

To be sure, he questioned the legitimacy of your birth certificate and speculated on why you took such pains to keep it under wraps, but he never went beyond speculation.  His curiosity had nothing to do with race and everything to do with the fictional nativity story you had been pedaling since your emergence on the national stage.  For details of your real history, let me recommend my own book, Unmasking Obama.

How Joe Biden ‘won’ the election

In the wake of Joe Biden’s alleged victory in the 2020 election, the pundit class has already produced scores of articles

headlined something along the lines of “How Joe Biden Won the Election.”

What the authors of these articles have in common is that none of them has a clue or, if they do, they know better than to say what they know out loud. Regardless of the final outcome, Biden will have gotten 10 million more popular votes than Hillary did in 2016 or Obama did in 2012. Biden needed every one of those votes, real or manufactured, because President Trump got nearly 9 million more votes than he did in 2016, and Trump’s increase was grown organically.

As the numbers emerge, it would appear that a senile old man who represents everything the Democratic Party claims to have outgrown — sexism, racism, whiteness — attracted nearly 10 million more Democratic voters in 2020 than did the party’s articulate, bright, clean, nice-looking African-American messiah in 2012.

For months the working title of my new book, Unmasking Obama, had been The Front Man. I should have stuck with it. What this election proved is that when Big Tech and Big Media ruthlessly enforce a single narrative, one Democratic front man is good as another. Obama, to be sure, would like America to think otherwise. In his forthcoming memoir, A Promised Land, he is the man who makes things happen — but only good things.

In a bit of unexpected good news, the voters of Jackson County, Missouri, 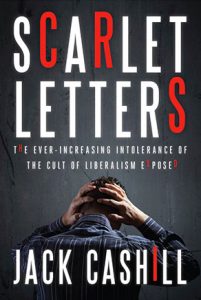 rejected the appeal of their county executive and sundry other right-thinking people and voted overwhelmingly to keep in place statues of a gallant Andrew Jackson on horseback.  The statues grace the county’s two courthouses, one in Kansas City, the other in Independence.

Although Joe Biden carried the county with 60 percent of the vote, Andrew Jackson, the putative co-founder of Biden’s party, carried it with 72 percent.  Given his 47 years as a Democratic office-holder and perennial presidential candidate, Biden may have set the all-time record for attending Jefferson-Jackson dinners, a primary fundraising tool for the party.

Milwaukee Officials Have Some Explaining to Do 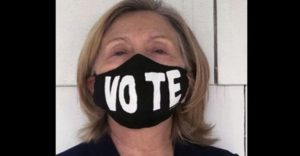 In 25 wards, Biden received 97 percent or more of the vote, none higher than 98 percent.  Based on exit polls, it is highly likely that these were overwhelmingly black districts.  No other demographic could produce those numbers.

One suspects that Democratic operatives could not afford a repeat of Philadelphia 2012, when Barack Obama received 100 percent of the votes in 59 voting districts.  They know that Trump is no Mitt Romney (thank God!).