If You Come to NY, Big Brother Cuomo Will Be Watching 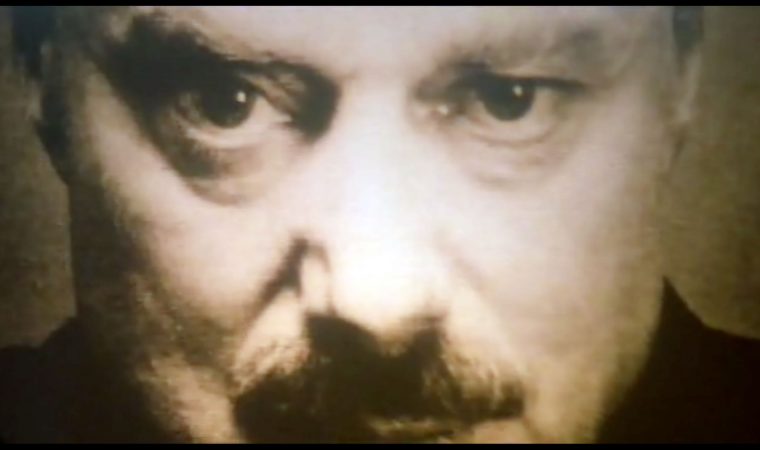 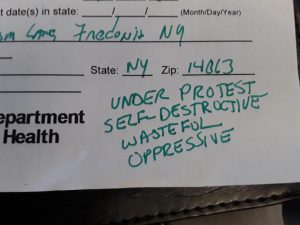 To visit New York State, most Americans are required to fill out an absurdly invasive, two-sided form.  On the form the visitor swears that he will self-quarantine for two weeks. Having flown in to Buffalo last week from one of the naughty states–Missouri–I had no choice. Our flight  had about 20 people on board, but two officials adults were waiting at 9:00 p.m. on a Sunday night to collect our forms when we disembarked. No one got beyond them without showing his or her letters of transit.

Among the more pointless questions asked was in which seat was I sitting. I cannot imagine who reads these forms or what health officials do with the information, but in a state that is both broke and broken, there has to be a better way to spend taxpayer money. I shared my sentiments about this data collection on the form. “Under protest,” I wrote, “self-destructive, wasteful, oppressive.” Perhaps because of my obvious lack on enthusiasm for fascism, no one has contacted me since.

According to Gov. Cuomo’s executive order–the state is run now by executive order–even those who drive into New York State from one of the thirty or so naughty states must fill out a form. This the visitor can do on line before leaving. I talked to a person who did just that. The State contacts him every day to check on his progress. He was given a choice of call or text. He chose text. 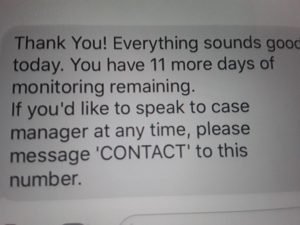 On the right is what he is asked every day of his stay.

At the beginning, he was asked if he needed any help with food or medicine. I asked whether the State delivered pizza. My friend chose not to inquire. He was afraid they might.

Perhaps the question should be ‘when was Obama born?’

As I do media to promote my new book, “Unmasking Obama: The Fight to Tell the True Story of a Failed Presidency,” I am inevitably asked the most basic of questions: Just where was Barack Obama born?

I have been asked that question before. In fact, in the spring of 2011, Donald Trump’s attorney Michael Cohen called me out of the blue to ask that very question. I told Cohen I followed the birth certificate issue only from a distance and knew no more than anyone else.

For “Unmasking,” I understood, that answer would not do.

The key to understanding the mystery is one overlooked fact: the decision by the Dunhams, Obama’s maternal grandparents, to abruptly pull up stakes in summer 1960 and moved from Seattle to Hawaii against daughter Ann’s will. Obama’s leading biographers tell different stories as to why the family moved, none detailed, none particularly convincing. I think I know why.

Sorry, Neighbor, But There Is Nothing “Kind” About This Sign At All. 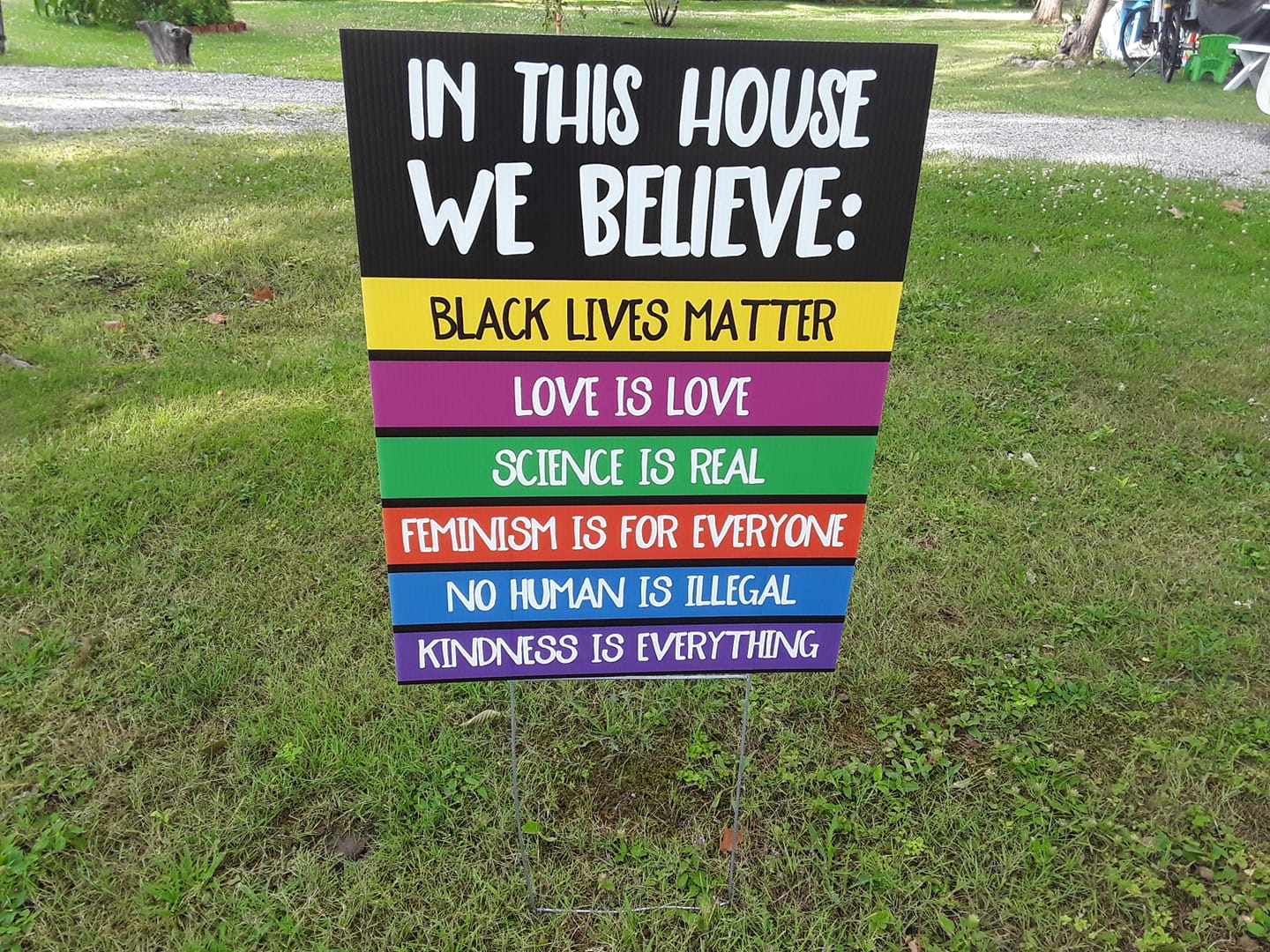 I actually know very nice people who have this sign posted in their yards and fail to understand why their very nice neighbors think it insulting. Let me explain. As Jesus himself said–and who would disagree?–“Beware of practicing your righteousness before other people in order to be seen by them.” The people in this house may not even be practicing righteousness. They are merely claiming to practice it and insisting that their claims be seen. Then too, they imply that their sign-less neighbors are less righteous. Worse, the righteousness devolves down to a series of cliches, most of which the sign poster him or her or zherself did not believe, say, 20 years ago. Finally, alas, there is no cliche to cover the 2,000 unborn American babies–half of them female, a third of them black–killed legally each day whose lives do not apparently matter to the sign posters a whit. Sorry, neighbor, but there is nothing kind about the sign at all. 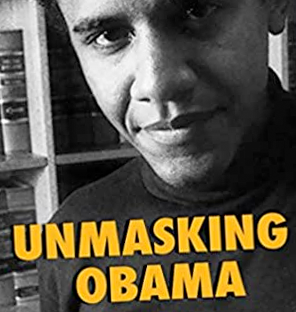 Unmasking Obama takes the reader through the major aspects of the fraudulent picture of Obama that was painted by the media and political establishments and details how the truth was uncovered and often partially suppressed by the retaliatory efforts launched in response.  It often resembles detective fiction in the drama of the struggle to get at the truth and the  struggle to prevent that.  I hesitate to call it beach reading, for it is not in any sense fluff, intended to while away time.  But it is vastly entertaining and thought-provoking, and the 218 pages fly by rapidly.

According to Obama, Biden and Harris “believe that no one — including the president — is above the law, and that no public official — including the president — should use their office to enrich themselves or their supporters.” At the time Obama ran for U.S. Senate in 2004, he was still struggling to pay his student debts.  Today, the Obamas have a net worth north of $40 million, almost as much as the Clintons and slightly more than Hunter Biden. 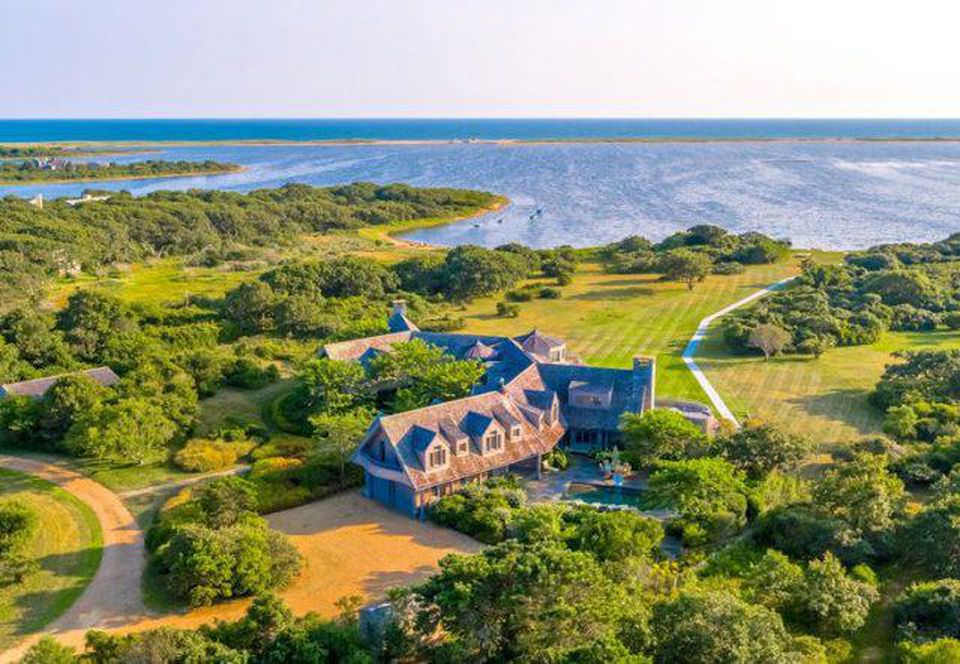 In a different era, the grudging admission that follows would have sent serious reporters scurrying to their local Social Security office. Wrote Snopes.com in seeming wonder, “Why Barack Obama’s Social Security card application might have included a Connecticut mailing address is something of a curiosity as he had no known connection to that state at the time.”

Unlike Obama’s birth certificate, whose legitimacy may never be certified, Obama has inarguably been using an SSN that originated in Connecticut. This SSN is at least a “curiosity” and quite possibly a fraud. Reporters should have been all over this scandal in the making. They were not.

The Trayvon Hoax: Are Young Blacks Weary of Being ‘Played’?

As the YouTube comments revealed, several of the viewers of Joel Gilbert’s “The Trayvon Hoax” had grown up thinking of Trayvon Martin’s death the way their grandparents thought of Emmett Till’s, two innocent adolescents killed for the crime of being black. They had no idea that Martin, a skilled street fighter a half-foot taller than Zimmerman, gratuitously attacked the neighborhood watch captain. Nor did they know Zimmerman was an Hispanic civil rights activist and Obama supporter.

“This book is an important lesson in the history of journalism and a case study of how the media lie to advance a political agenda. In effect, Cashill has analyzed in detail the nature of “fake news” that targeted the Trump presidency for destruction after the leftist media failed to elect Hillary Clinton.” 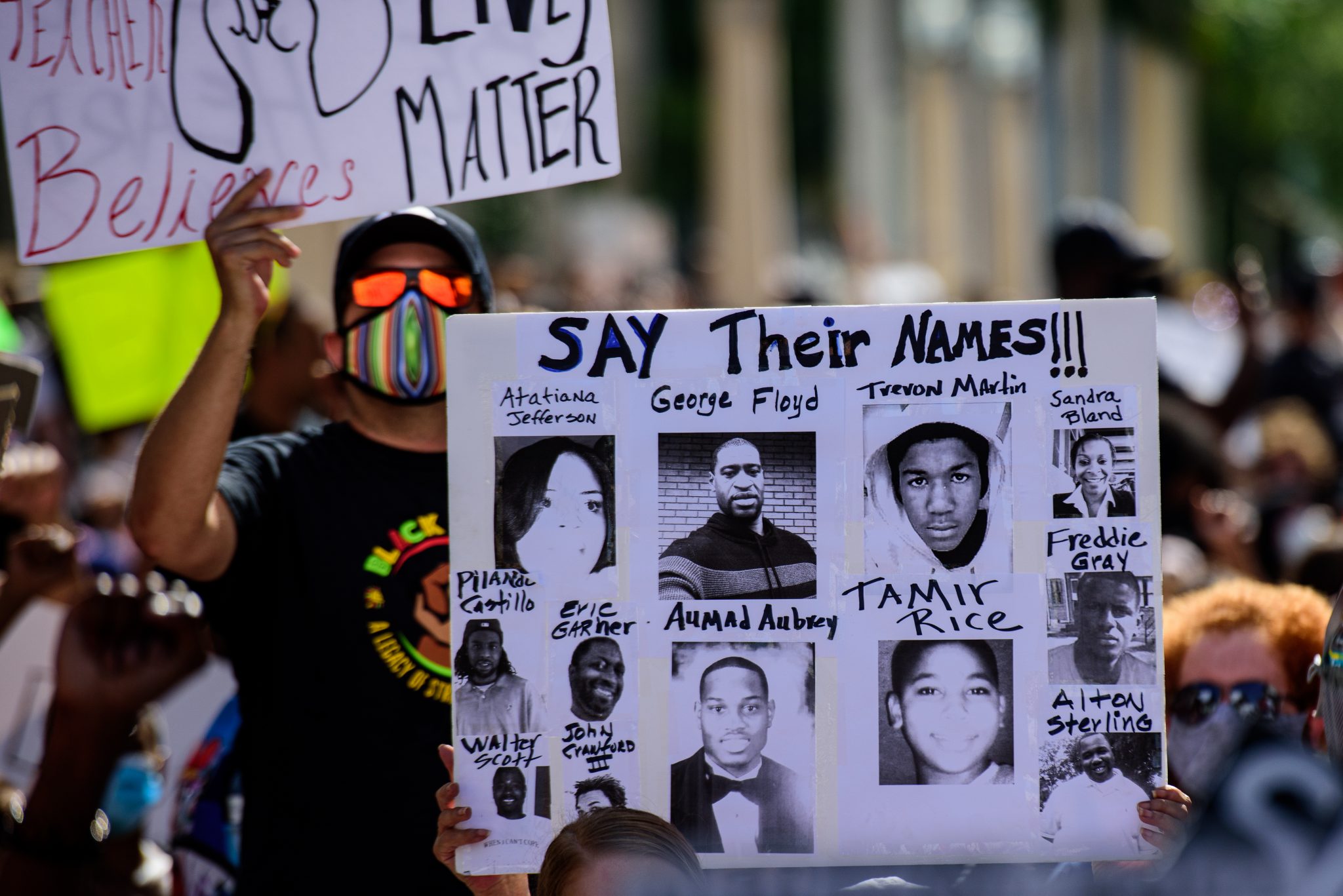 I read the “Second Amended Complaint and Demand for Jury Trial” filed August 12 on behalf of George Zimmerman against Sybrina Fulton, Benjamin Crump, et al. without illusion. The major media will shrug off the suit, and even the trial if it comes to that, and Black Lives Matter (BLM) will likely continue on its meretricious way.

A slew of political books will be hitting bookshelves between now and Election Day, covering everything on the spectrum from communist propaganda to Trump hagiography.